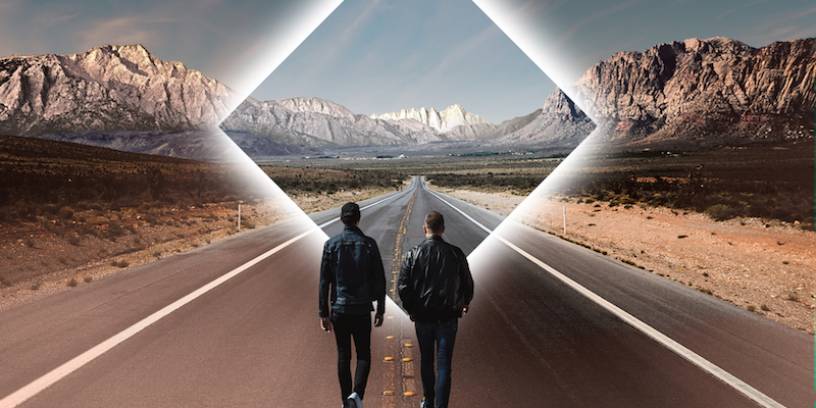 In 2019 Cosmic Gate will mark a milestone: twenty successive years of music-making union. It’s a period that has given rise to dozens of club classics, genre-shaping hits & outright anthems, 50+ career remixes and 8 (soon to be 9) albums. Regularly reminded of this approaching moment by fans, Nic & Bossi looked at not a way to salute the career landmark, but the way. Fresh off the back of their first Grammy nomination (more info below), what they’ll arrive with in the New Year won’t so much rewrite the ‘greatest hits’ rulebook, as leave it for dust.

“What Bossi & I didn’t want says Cosmic Gate’s Nic Chagall, was something that focussed exclusively on our last 20 studio years – a straight up ’greatest hits of Cosmic Gate or whatever. More, we were looking for something that was a broader echo of what we’ve experienced as DJs, with – further – an as-strong emphasis on the future”.

Released in the spring 2019, ’20 Years – Forward Ever, Backward Never’ is a music album project, apparently without precedent. “This will take us closer to the 360 of who we are, where we’ve been and – as much – where we’re going, feels Bossi”. Approaching the release from four distinct points, the album will comprise new Cosmic Gate productions, and collabs with artists who have accompanied their career. It’ll also feature reworks of tracks that have been of particular inspiration, as well as new takes from others on classic Cosmic moments. “Where these four avenues meet on the album will be the sign-off for our last 20 and mark the start of our next.”

It could be argued though that it is in fact five avenues: Cosmic Gate’s celebrations will also encompass the liveliest-of-live aspects through their 20-20-20 tour.

Commencing in Australia on the very eve of their 20th year, 01.01.19 will see the group embark on a tour of 20 cities & clubs, all of which have played notable/remarkable roles in the development of their career. Each handpicked by Nic & Bossi, over the course of the nights’ three-hour sets, the group’s ‘future x present x past’ will be thrillingly recognised, bringing its music electrically to life, Details/dates of the first phase of shows are below, tickets for which are on sale from today HERE

With them comes the chance to see one of the most enduring, groundbreaking and critic-delighting names in trance mark their once-in-a-lifetime milestone.

More dates to be announced …