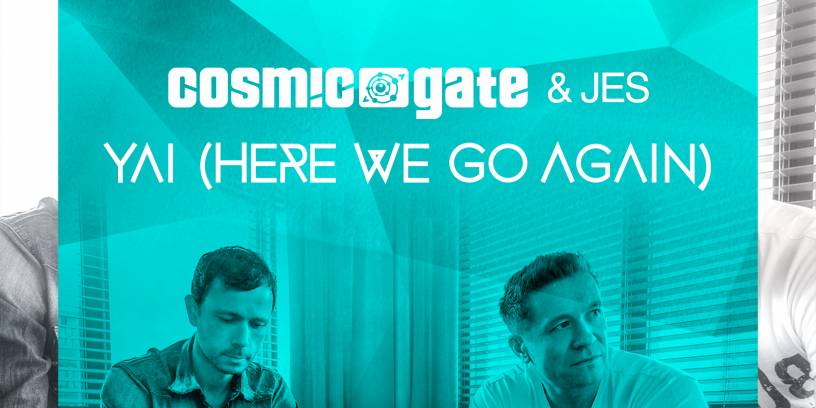 You know ‘Yai’… That cult instrumental that last year stirred the midsection waters of Cosmic Gate’s ‘Start To Feel’ album oh-so deep. Enigmatic, electric, brooding… and frankly prime for some lyrical/vocal expansion! Well, for their first single action of 2015, that’s exactly what Nic & Bossi are delivering.

Bringing it its fresh angle is JES, the songstress behind Motorcycle’s legendary ‘As The Rush Comes’, previous Cosmic Gate crowd rocker ‘Flying Blind’ and a dozen others besides. She pools her soul-searching vocals and laid-bare lyrics to further develop Yai’ with an emotive tale of a relationship on the ropes.

Now retitled ‘Yai (Here We Go Again)’, her vocal is a mirror-perfect reflection of Cosmic Gate’s production, packed to the nines with brooding, dark-tech riffs, edgily played off against more optimistic synths.

Premiered by Armin van Buuren as his Tune of the Week on A State Of Trance 698, and one of a host of exclusive tracks to be featured on their first, just-announced ‘Wake Your Mind Sessions’ mix-comp (out in March), prepare to say ‘Yay’ to ‘Yai’!

Pre-listen to YAI (Here We Go Again) on Soundcloud or get it on iTunes!