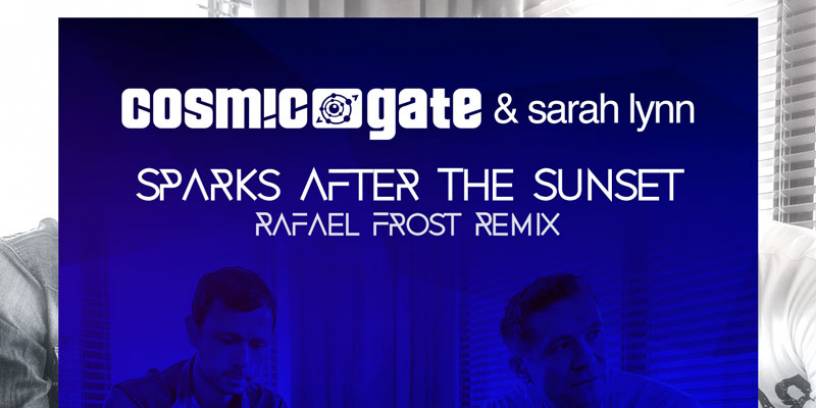 For it, Nic & Bossi have put the task of remixing one of their sixth studio album’s cooler moments into the capably clubby remix hands of Holland’s Rafaël Frost. Having already crushed his remix of ‘Crushed’ back in 2013, he now prepares to let the sparks fly on ‘Sunset!’ Rafaël’s remix takes ‘Sparks After The Sunset’ on a late night ride to the club-side. Fashioning a pumping, grinding production underlay, he plays the lower end elements off against resonantly echoing FX and renegade synths. With his trademark complex drum & percussion arrangements and bleepily stabbed riffs twisting the codes of the Electro & Trance, Sarah Lynn’s chanteuse-like vocals takes ‘Sparks’ to its emotionally atmospheric next level.

Get it on iTunes or listen on Spotify