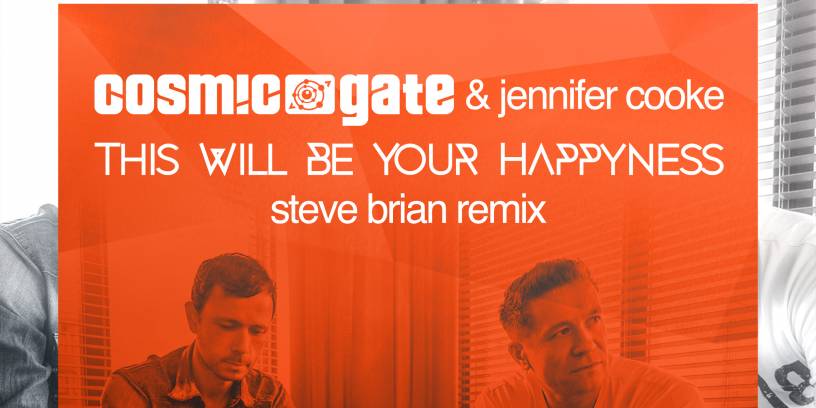 Originally known as ‘Happyness’, Cosmic Gate’s new single was both ‘Start To Feel’s much-celebrated tracklist starter and tour overture. From the stages of the Start To Feel shows’, Nic & Bossi knew that it was a track that could fly higher yet. So the duo set about searching for exactly the right singer to realize ‘Happyness’ as a vocal number.

Many vocalists tried, many failed, but it only needed one to succeed! With Jennifer Cooke, Cosmic Gate found the song warmth and lyrical soul that they were after. The Dutch Diva has transforming the track into ‘This Will Be Your Happyness’, and in doing so elevated it to even greater emotive heights.

Having previously worked with Jennifer on his WYM Records ‘Time & Time’ club smash, Steve Brian was the only choice for the remix. Thrilling on an almost cellular level, his rework delivers equal measures of floor-kick energy and feel-good chest-swell!

‘This Will Be Your Happyness’ is taken from Cosmic Gate’s new mix-album ‘Wake Your Mind Sessions 001’ (released March 13th).

Pre-listen on Soundcloud or get your copy on iTunes!