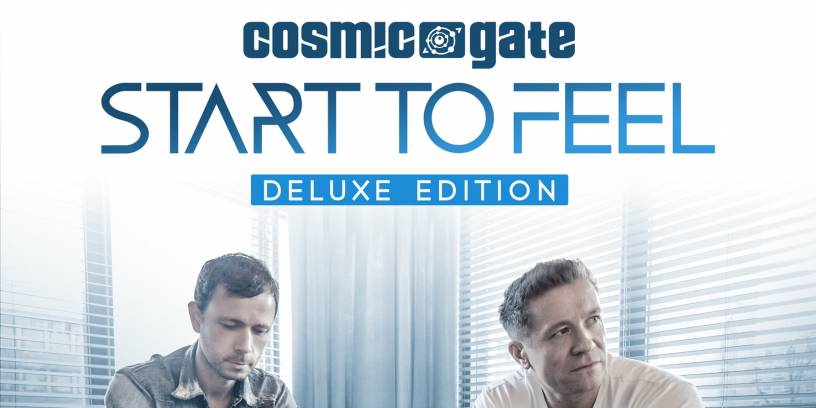 With an outcome the scale of which few could predict, June 2014 saw Cosmic Gate land their sixth artist album. Not so much ahead of the curve, as straight-up setting it, it ushered in a new era for Nic & Bossi. Featuring an all-star cast of co-producers & singers – Ørjan Nilsen, Emma Hewitt, Jerome Isma-Ae, Eric Lumiere, KhoMha, Jonathan Mendelsohn, Alexander Popov & JES among them, worldwide, the album shot straight into the top 10 of iTunes’ dance charts.

MIXMAG hailed it as “stylistically fearless”, “panoramic” and “astonishing”, scoring it 10/10. Giving it their Album of the Month award, the magazine stated: “as artist albums go, Start To Feel is damn near perfect!”

With Cosmic Gate’s mission of “inspiring fans to experience electronic music in a deeper, wider, more complete way”, its rapturous initial fan-response was only the beginning of the #STF effect. It hatched a run of Beatport #1 charting singles (‘Falling Back’, Fair Game’, ‘Yai’ (Here We Go Again’) among them), sold-out 40+-date Start To Feel worldwide tour and bumped Cosmic Gate back up DJ Mag’s Top 100.

Never ones to rest on their laurels, FFWD a year and Cosmic Gate are ready to raise ‘Start To Feel’s game again. The pair have compiled a criterion 360° of the album, which arrives June 19th. Featuring all its original tracks, the Deluxe Edition doubles the size of the STF universe, with a galaxy of revisions from top-flight producers. Included among them are Andrew Rayel, Gareth Emery, Mark Sixma, Alexander Popov, Rafaël Frost, Maor Levi & Jorn van Deynhoven. The Deluxe Edition also slots the album’s official single release videos (‘Going Home’, ‘Falling Back’, ‘Alone’, ‘So Get Up!’, ‘Fair Game’, ‘Telefunken’ and ‘Yai (Here We Go Again’) into fans’ collections for the first time.

All of the music you know and love, 18 sensational multi-angled remixes, club mixes & special edits and 6 videos, all assembled together on a definitive edition that no Cosmic Gate aficionada will want to be without.

Get your copy on iTunes or listen on Spotify.